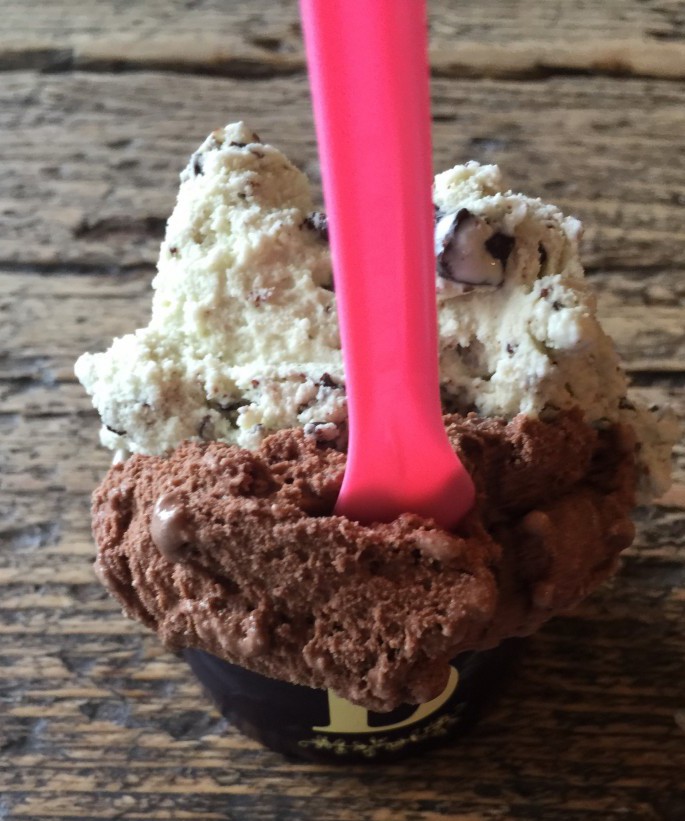 “When I reminisce over you, my God.”

Summer I miss you.

Let’s see, what do I want to talk about in this post?! Gelato is pretty self explanatory and needs no introduction. It’s just the.best.ever.

My friend Nicole introduced me to gelato a few years ago while she was visiting DC, and I’ve been hooked ever since!  I thought about naming this post something like “the battle of the gelatos” but that sounded corny in my head. So I opted against that.

So I guess I’ll just  talk about the best three gelatos I’ve had this year. Also, I’ll point out the most interesting thing I noticed while loading my pics is that I tried (not on purpose) the same combo for each place! Stracciatela and Chocolate. I’m a mint chocolate chip girl but hey if you can’t do classics right, IDK.

I’m a two time repeater for the first pic –Eataly in NYC.

And for pic three, I also stayed local and went to Pitango Gelato in Penn Quarter, DC.

If I had to pick a favorite…. YIKES!!! It probably would be a tie between Eataly and Pitango. I’ve gone to both twice and each were enjoyable experiences. Nah, I’m lying – I think Eataly might take the #win right now. Each time I’ve gone (during the Big Apple BBQ which I’ll post up soon) the line was literally out the door!!! Always the longest line there – because it is just . that. good.

I love good ice cream, that’s my only problem *definitely rapped that like ASAP Rocky* so my quest for more good gelato and ice cream continues. Until next summer, eat good food + stay warm 🙂

This site uses Akismet to reduce spam. Learn how your comment data is processed.

Hi! My name is Cheryl but my friends call me Bloom. I'm a true millennial who decided to start a blog about becoming an adult, a woman, foodie and dating. I love self help books, oldies music and talking to older people about life. I like to laugh, tell jokes, and buy"sh!t online" as my dad says that I usually don't need but hey what girl doesn't?! Right? Thanks for stopping by. Come back any time.

What I Just Read